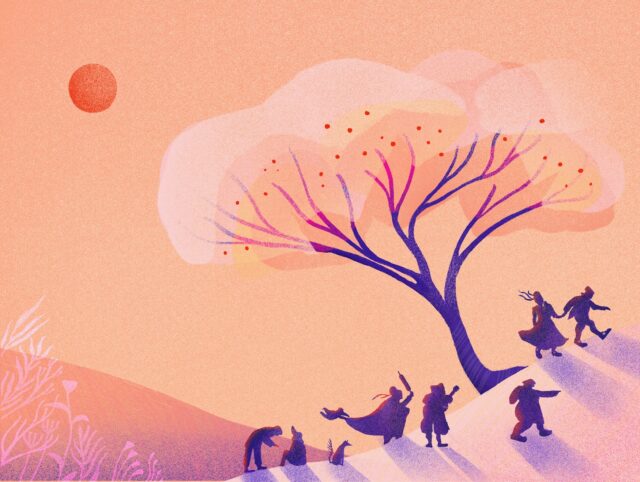 Les Abbagliat invites you to a sultry summer evening full of festivities. Baroque and folk go hand in hand.

A festive summer evening: the sun is setting, a fire is glowing.  Legs are itching to dance, mouths to drink. Music!  That would be Les Abbagliati’s job, joined by the talented bagpiper Marieke van Ransbeeck. In this programme, Van Ransbeeck plays on two baroque musettes. This is an instrument from the bagpipe family, which had its heyday during the Baroque period in France. The musicians hunt for ‘folk’ fringes in the works of Hotteterre and De Boismortier,both french baroque composers.  They invoke the revival of an ancient ideal: a light-hearted Arcadia where youngster dance folky dances and declared love into the night.  Herlinde Demaerel, the illustrator, visualizes the merry mood in moving images and welcomes you in the realm of imagination.

La noce champêtre by J. Hotteterre in an arrangement by Marieke Van Ransbeeck