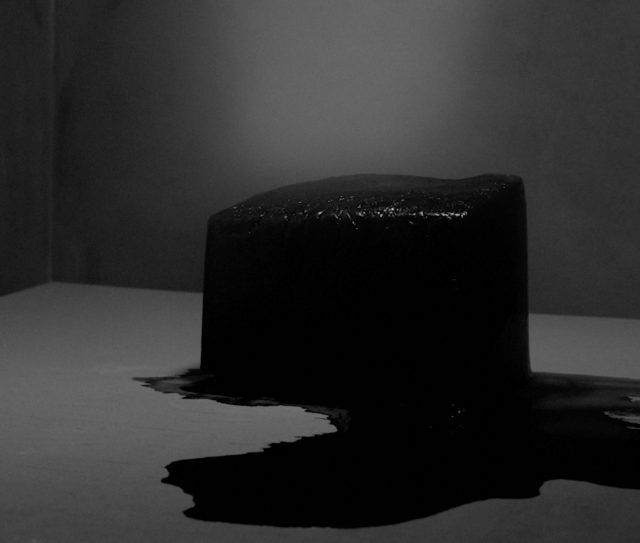 In my end is my beginning is a stage production in honor of ill-fated queen of Scots Mary Stuart (1542-1587). Please note that we call this a “stage production” for want of a better term: although it resembles the classical recital format – featuring a singer with lute and pianoforte accompaniment – it goes much further: In my end is my beginning is also a dramatized concert, a chamber opera, a multimedia event, a soundscape, if not a videoclip.

En ma fin git mon commencement was the moto queen Mary adopted in hope of eternal peace after mortal death. But her mortal end also spawned a musical repertoire unprecedented in size and diversity. This need not surprise us in view of her unusually eventful life: playball in the battle between England, Scotland and France, flawed marriage choices, murdered husbands, exile and imprisonment, and an overly conspicuous desire for the throne of powerful cousin Elisabeth: Mary’s four and a half decades on earth ended as tragically as they had unfolded. On the chopping block.

Historians still navigate between two extremes in their portraits of the queen of Scots – ruthless murderess or clueless imbecile? –, but we do not have to decide what she was: we rely on music and visuals to delimit a conceptual space in which you choose how to deal with these contrasting reflections.

The many faces of Mary have percolated into a musical repertoire which wildly oscillates on any conceivable parameter. Our production doesn’t shun this diversity, but embraces it: we perform French and Scottish music from Mary’s own days, and Mary-inspired music from 1650 (Carissimi’s Lamento di Maria Stuart) to 1942 (the song Ein schwarzer Stein, ein weißer Stein which Zarah Leander performs in Das Herz der Königin). In-between, we happen upon Donizetti’s Maria Stuarda and the Schumann cycle Gedichte der Königin Maria Stuart. But we also make the acquaintance of forgotten contemporaries of Schumann, such as Joachim Raff (1822-1882),

These vintage ingredients are welded together in a downward spiraling stage dynamic which is also motored by novel sounds:  we asked Dutch composer Robert Zuidam to compose new music to the sonnets Joseph Brodsky dedicated to Mary Stuart, gut-wrenching odes to disillusioned love and exile, which form a fitting backdrop to Mary’s own plight.

The Brodsky-Zuidam songs establish an overarching perspective, and a second “story layer” represented by an external narrator. Another structure enforcer is the ever-increasing unheimlichheit which infuses all stage elements. The three acts of the performance pivot around The Four Mary’s, a lullaby from Mary’s own days which sounds like a rickety phono record and gets more unpleasant with every repetition. Zuidam also instils the mounting discomfort in his writing: as the performance progresses, ever lower and more uncomfortable positions can be heard in the lute accompaniment. The video projection by Anouk de Clercq and Tom Callemin toys with the slow degeneration of a white and black stone – “talismans against illness” – which Mary bequeathed to her brother-in-law Henri, the French king, six hours before she was beheaded.

Baroque purists, be warned that we have revised orchestral accompaniments in a somewhat ahistorical fashion to fit the lute and the pianoforte. The pianoforte was originally engaged for the 19th-century materials, but together with the lute it also creates color and “epoque” ambiance in the 17th century music in which it does not belong. Compared to the harpsichord, the pianoforte is a poor continuo partner, so we use it to paint dissonant chords which are occasionally amplified by electronics to sustain the leitmotivs of decay and disintegration.

It should be noticed, though, that no fundamentalists were hurt during the Dutch premiere at the Operadagen Rotterdam (May 24 2018) or the Belgian premiere at the venerable early music festival of Bruges (August 10 2018). Neither is there any reason why anyone should feel offended: historically informed music making was not born as instrument fetishism or archaeology, but as an attempt to (re)contextualize early music so that modern audiences can decode and access it, rather than passively admiring it in a museum.

Recontextualizing and revivifying is exactly what this production does: we fuse music, poetry, video and electronics into a performance which lends authenticity and brutal realism to all its ingredients. As a result, even materials which were not born as “high art” become unusually meaningful: near the end of the performance, when musicians and spectators alike have suffered so much on account of Mary that they almost crave her death – however ruthless –, the stoicism of the Zarah Leander song offers genuine consolation, no matter how suspicious its original Nazi motives.

It is difficult to do justice to the cathartic effect of our concept, but the recipe works better than we had anticipated: our first spectators may have been lured by the sensational sadness of the doomed queen, or by a suspicious sort of voyeurism, but after the premieres we registered (very) emotional reactions to much more topical themes. We were thrilled that our stage representation of Mary’s fate had become a vehicle for dealing with some of today’s major concerns: intolerance, exclusion, and exile are so much more crucial in the present day and age than the guilt or innocence of a renaissance queen…

Our première (part of the Operadagen festival in Rotterdam) received a 5-star review in Holland’s de Theaterkrant in May 2018:  https://www.theaterkrant.nl/recensie/in-my-end-is-my-beginning/lore-binon-sofie-vanden-eynde-anthony-romaniuk/