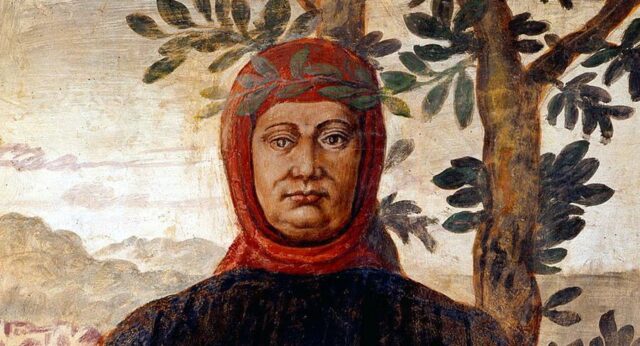 For the most part, the music these ensembles excel in are half a millennium apart, but for this particular project, Revue Blanche and Psallentes have gone in search of common ground. They venture onto Italian territory, with music of the somewhat enigmatic but always poetic Salvatore Sciarrino (°1947), and texts from that other slightly mysterious but always poetic Italian, Petrarch (1304-1374).
Among Petrarch’s works is a letter about himself and his ideas, addressed ‘to the future’ (Epistola posteritati). It gives us pause to reflect on how we ourselves view the past, present and future — especially now that we are forced by the worldwide COVID-19 crisis to change the way we look at the world around us and plan the future.
The music of fourteenth-century Italy has come down to us among other things via the manuscript known as the ‘Squarcialupi Codex’, which contains texts by good friends of Petrarch, such as Jacopo da Bologna and Francesco Landini. Psallentes takes up its exciting vocal music, while Revue Blanche explores the thrilling world of Sciarrino.
To tread in the trusty footwear of ‘early music’ or ‘contemporary music’, both ensembles had to find each other’s lasts, resulting in a program that is not just beautiful but particularly intense and piercing.

With Epistola posteritati by Revue Blanche and Psallentes, the future is blossoming in colour again.