‘This is one of the most moving recordings I have heard in recent years. This is intense, sincere, profound and overwhelmingly beautiful.’ Luister Magazine

Revue Blanche is a vocal/instrumental chamber music ensemble with an unusual yet richly coloured combination of a soprano voice (Lore Binon), the viola (Kris Hellemans), the harp (Anouk Sturtewagen) and the flute (Caroline Peeters). Since its start in 2010, the ensemble has made rapid strides, of which winning the Klara Young Talent Award 2013, the YAMaward 2016 and the recording of the warmly welcomed ‘Shelter’ are definitely impressive ones. A new CD ‘Misia’ was recently added to their discography.

The ensemble was named ‘Revue Blanche’, after the French art and literary magazine of the same title, published at the end of the 19th century. The colour white (blanche) in the magazine’s name is symbolic: white is the sum of the entire colour spectrum and hints at the idea of the ‘blank slate’, waiting for opinions and tendencies to be written upon. This influential idea segues smoothly into the aesthetics the ensemble focuses on and results in a constant quest for interesting repertoire. The high-quality musical arrangements add even extra shades to the colour palette of the different instruments.

It is abundantly clear that the ensemble’s ambition is wide-ranging. Revue Blanche does not confine itself to the classical genre but is open to other contemporary art forms as well. Apart from the purely musical productions, it also concentrates on multi-disciplinary programs fusing visual arts, dance, literature and electronics. This symbiosis ensures intense concert experiences and an unparalleled renaissance of various artistic movements of Europe’s musical heritage. 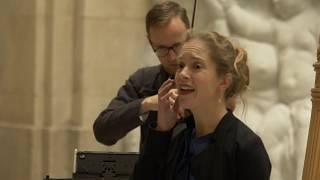 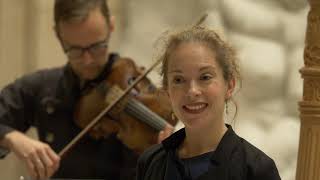 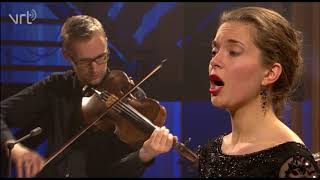